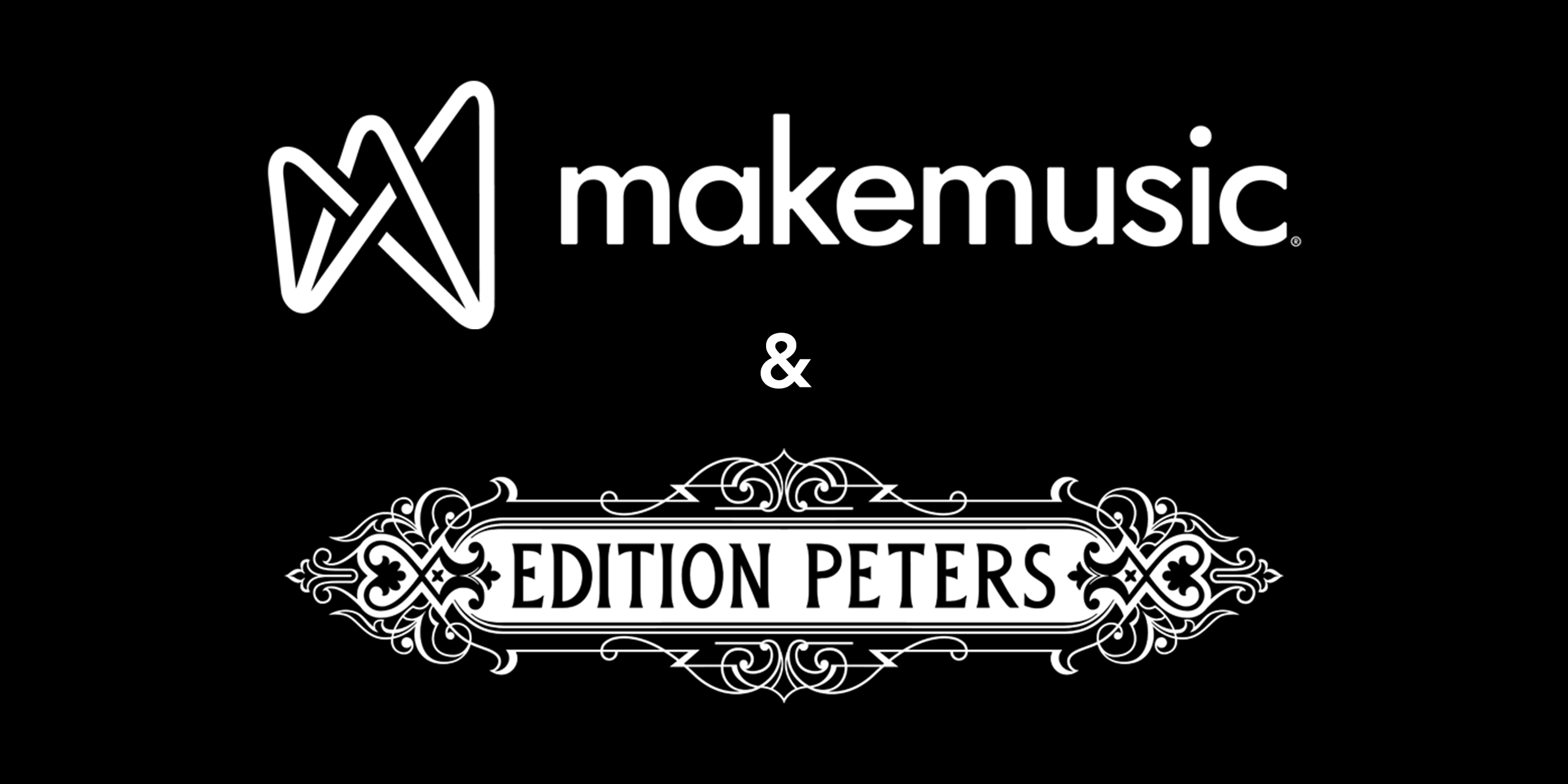 Alfred Music and MakeMusic are delighted to announce that they have signed a physical and digital distribution deal with Edition Peters USA.

Kathryn Knight, President of Edition Peters USA, said: “We are thrilled to be working with the great team at Alfred Music. Both Alfred Music and Edition Peters were founded as family businesses with a commitment to making the very best music available and accessible to all, from amateurs and students to professional musicians. We look forward to growing our sheet music business in both physical and digital form for the US market in partnership with them.”

Johann Gouws, SVP of Alfred Music and MakeMusic, said: “The addition of this respected and historic catalog is a natural fit across all of our product offerings. We’re proud to be their distributor as Edition Peters USA prepares for its 75th anniversary in 2023 and looks to build its catalog offering for the US market.”

Alfred Music, the leader in music education for over 100 years, produces educational, reference, pop, and performance materials for teachers, students, professionals, and hobbyists spanning every musical instrument, style, and difficulty level. Alfred Music is located in Los Angeles, with offices around the world, including Germany, Singapore, and the United Kingdom.

Since 1922, Alfred Music has been dedicated to helping people learn, teach, and play music. Alfred Music currently has over 150,000 active titles and represents a wide range of well-known publications—from methods like Alfred’s Basic Guitar, Alfred’s Basic Piano Library, Premier Piano Course, Sound Innovations, and Suzuki, to artists like Bruce Springsteen, Led Zeppelin, The Rolling Stones, and The Who, to brands like Harry Potter, Lord of the Rings, Star Wars, The Wizard of Oz, Rolling Stone magazine, and Billboard.

Alfred Music is now also paired with MakeMusic, which is part of Peaksware Holdings, LLC portfolio of companies, to transform how music is composed, published, taught, learned, and performed by bringing together the leaders in educational music publishing and music technology.

Edition Peters USA was established in 1948 by Walter Hinrichsen, who named the company C. F. Peters Corporation. Like his older brother Max—who in 1937 had established an Edition Peters office in London—Walter was a surviving member of the family that had owned Germany’s original Edition Peters publishing house, founded in Leipzig in 1800 but seized by the Nazis in the late 1930s. The Peters offices in the U.S., U.K. and Germany operated as separate companies until 2010, when they were at last reunited to form the Edition Peters Group. The Group now has two owners: the Hinrichsen Foundation, a charitable trust for the creation and performance of contemporary classical music, and Walter Hinrichsen’s heirs.